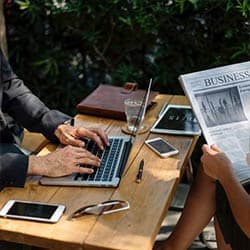 Keeping on the last blog’s sporting theme for just the one sentence, I think it’s safe to say that 2013 has been my “personal best” in years so far.  That’s not me bragging, it’s more of a reality check to remind myself that this is actually my life.   I’m one of these guys that has always led a normal life; work hard, play hard, love your wife and kids. I’ve made no bones about the fact that I am not always content with myself and that I put a fair amount of pressure on myself and therefore the team. To be honest though, this, along with my day-to-day routine, is the same as anyone else working in this industry.

There I am then, going about my business, enjoying my year, when I get a phone-call that is about to set sail a series of events that will raise my general sense of “really, me?” even higher.   The phonecall came from one Richard Mountney, professional photographer.  He had been tasked to find a chef of the non-celeb variety that was “easy on the eye”.  Now, at best I’m good-looking-on-a-budget – this was deemed passable.  Having established that I would be very interested to get involved in a Scotch Lamb campaign (my favourite meat!) he asked me if I was ok in front of a film camera…  To be fair, the clue should have been in his job title. And I should have realised that Scotch Lamb Promos for QMS are not the same as plucking partridges on the high street in Perth with Tim Dover. But my mouth was in gear before my brain and the answer was a resounding

Why would a self-confessed anxiety worry wart like me say yes to this you might be asking? Well, about 10 minutes after the phonecall, once my brain had caught up, that was my exact thought.

“Should I be concerned that he sounded surprised?” I asked my wife.

The truth is that I love promoting Scottish produce.  It is my passion. And Scotch lamb is my favourite meat of all – sorry New Zealand, you just can’t beat it!   The older I get the less concerned I am about being a big name. I’m not going to be a chef who does a book or a tv series; but I do want to go on record as a real ambassador for Scottish Produce and this presented the perfect opportunity.   Why bloody not? (To be honest this thought came and went over the few days following.. It ranged from “why bloody not?” to “Have you lost your mind?”)

I arrived in Edinburgh at Richard’s studio and I was like a kid in a sweetie shop.  It was this immense room, strewn with props, magazines, mannequins and equipment that looked like NASAs. It used to be a factory that was used to build ship parts and Richard talked a bit about its history and the different sets he had shot here over the years. You couldn’t help but be captivated by it all.

Richard works with his two sons, Simon and Tom and they immediately put me at ease.  The entire atmosphere was laid back and down to earth – totally relaxed.  Over the course of the photography and filming shoots I was to find out that the skills and talents that lay beneath this chilled out air were vast.  Of course I knew that traditional film had been pushed aside by 21st centuary technology but here you could see how the two worlds of good old fashioned hardwork, artistry and dedication worked hand in glove with computerised software and quick keyboard skills.   I watched as Simon held a camera as still as a millpond above the set for hours on end. The guy was sweating but the camera didn’t move a millimetre – and then later, on the computer, Tom pulled up windows and windows of files and edited them down with speed and accuracy to produce the finished article. It was amazing to watch.

I’ve jumped forward a bit! The first few days were photography stills only although we chatted a bit about how the filming would work, how the set should look and what I’d need for cooking and prepping.  It was planning as we worked.

I had been asked by QMS (via Richard) to come up with a series of recipes that people could cook at home using different cuts of Scotch Lamb.  I gave them about 15 and out of this we selected 6 that would be the Stars of the Show.  QMS had been very specific in this request and it was the reason they had left sourcing a chef to Richard instead of chasing a proper, big-name celeb.    My name wouldn’t be mentioned nor would the restaurant or this year’s fancy title.  It was all about the lamb.  Just as it should be.   The six dishes we chose for this star treatment were cooked off one at a time – carefully the dish was plated up and placed into the set before the magic from Richard, Simon and Tom began.

I’ve always been a fan of photography as an art form and when you have spent an hour moving peas around a plate and listening to three grown men discussing lighting, angles and technical jargon that I still don’t understand you begin to realise just how much effort goes into producing the stunning food photography that sings up from the pages of the recipe books and magazines.  I kept my head down, cooked as best I could, gave the plates the full attention span of 20 years experience and tried not to look at the bods from QMS who were paying for all this.  Two days in, six dishes shot, they were all delighted, I was relieved and the food photography looked good enough to eat! First part of the job done!

The second half of the job was the filming and this was the bit I wasn’t so sure about.  The video was due to be shot over 4 days and I had been warned that the days could be long and midnight finishing wasn’t unusual on a shoot like this.  I walked up to the top of their stairs and there in front of me was the result of our conversations. Built right in the middle of their studio was a kitchen set with a smaller prep kitchen off to the side. It was fantastic – I started straight away to get ready for the filming.

The filming began two days after I completed the Quadrathlon (you’ll remember that particular story from my previous blog!) and I looked like a bag of nonsense. I was limping, sore and set to test the skills of the makeup artist to the max!  Although I have worn guyliner at Rewind I thought having make up done would be weird.  I couldn’t have been more wrong.   The tension was lifted and she became my go-to-girl throughout the days ahead where she kept me calm as well as shine free!

So studio set up, face de-shined and game head on – I was ready to go.

I was briefed on the shoot and my quad worn body was sending signals to my head that are far too outrageous to write here. I was physically beaten but I wanted to do this so much… And of course, I wanted to do it so well you’d think I had been at it my whole life.  It’s wasn’t that the idea of standing up and reciting a recipe was alien to me; I’ve been at lots of events spouting forth my own personal pearls of wisdom. But this was to be immortalised in film.  Forever. When you’re live on stage at the SECC the audience have forgotten your blunders as soon as you’ve passed round the tasting plate.

Here, there were lines to be learned – all be it only the intro and ending, the rest in the middle is me improvising!  You have to sound natural rather than contrived BUT you have to annunciate and strangely enough, they didn’t offer elocution lessons on the syllabus at Blair High when I went to school!  Only one thing for it then…

First up was the lamb kebabs. These were “technically” easier so it was a decent place to start the learning curve. Well, I say learning curve – I mean learning mountainside.  Kindrochatt seemed less steep! It was the attention to detail and the patience of the team around me that I found most fascinating in amongst it all.   They understood my anxieties but the standards were high and we were shooting for a finished, professional result.  It was little things. The guy in the earphones hooked up to my mic had ears like a bat… “We need to go again, a van passed by.”

I’d get a GREAT, LOVE IT followed by a DO IT AGAIN EXACTLY THE SAME!  At which point I thought “damn it, I can’t remember what I said!”  I’d nip through to prep the next dish and I’d be getting dabbed with makeup to stop the sweat and panda eyes shining through.  Everyone wanted to achieve the same result and this was an amazing feeling; there was lots of encouragement and motivation to get the shot that was required.  I was focused on getting this right – Richard had employed me and I knew if I did everything he said and kept my focus on pleasing him then we’d have it nailed.

The last two shoots were each done in one take – I was getting a bit bold folks! – with the stirfry shot start to finish.  We ended up finishing everything in three days which pleased all involved and ended in a cold beer for me.  After that, I was back for one day in the sound studio to record some voiceovers and re do words that hadn’t come out right.

I know that QMS had briefed on getting a little known chef so that the Lamb was the star and I have no problem that I was little more than a monkey boy prop!  Even when I was being directed into placing my hand on my hip, the other on the bunker and delivering my killer line of “Wham Bam Lamb” (while looking like a little teapot you understand), I was loving it.  I cleared my head and thought “just give it your all”.  Although, I knew, as I was standing there on take 5 or 6, that there would be a queue of chefs waiting to give me a roasting about it!

The day came to see the finished results – I couldn’t watch. I’ve still not seen them all start to finish. I’ve had a couple of texts just saying “Hi There!” and my son rolled around the floor for what seemed like hours. Kacey though, my young daughter, watched all of them on a loop for about an hour and a half before announcing that she liked the stir fry best.

Sometimes you have to push yourself a little outside of your comfort zone and this was one of those times.  If I had let my head rule in the first instance or my crippled legs in the second, I would never have had the real pleasure of working with this great artist and his team.  Seeing how these fabulous videos, that help home cooks get excited about great Scottish produce, come together has filled a gap on my career path I never even knew existed. I can’t wait to see what comes next for 2013.

Click Here to go have a look at the website for all the recipes – and don’t forget to WHAM BAM LAMB!