KIDS ARE GAME FOR A TASTING SESSION 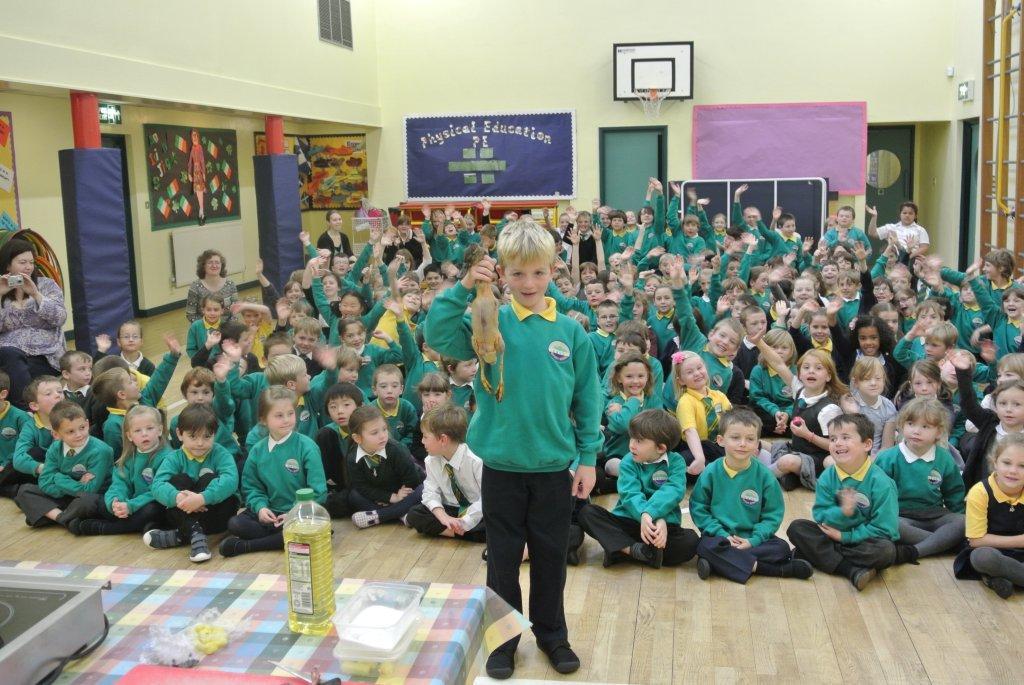 The opening line here has to be.. welcome to the first blog!  It’s not formal here,  just a way for me to let everyone know what goes in the everyday life of a chef. There will be some stories, some ramblings, one or two opinions and a few seasonal recipes along the way.  As ever, at the heart of things you’ll find Local, Honest and Simple. I hope you enjoy it.

You may know, you may not, that that the Countryside Alliance has named November as “Game to Eat Month”.  About time I’d say – game is a hugely underrated food group and in these times of austerity it’s a great way to enjoy local, seasonal produce at a good price. Embracing Game Month also seems a lot more preferable to growing a moustache!

So with this mind I thought I’d introduce the kids at Moncrieffe Primary to Partridge and Wild Duck. I’ve been working with the school for 4 years now – since they installed their school kitchen and garden – and I often go in and work with the kids about food and cooking. Let me tell you, the questions you get from primary kids can put you under a lot more pressure than a two rosette kitchen in a Saturday night!

This week, I took over assembly – a guaranteed way to keep attention as they get to stay late!  In front of all primaries and teachers I plucked and gutted the two game birds.  This is an exercise I’ve seen grown-ups squirm, gag and run away squealing at; but the thing with kids is they have no pre-conceived ideas. They simply watch on fascinated, little heads processing and whirring through the questions they’re going to ask.

This is one of the main reasons I do this. I love going in and talking to kids about food they may not know about (yet!) and encouraging them to taste flavours that are new and different. The thing with food like game is, many of us have grown up without any knowledge of it.  Connecting children with food and letting have a relationship with it is a hugely important part of how their attitude to food will develop into adulthood. I’m not talking about fine dining.  I mean that by understanding where their food comes from – that a bird like a partridge is no different really than a chicken – then you take out the fear factor that many of us have with food in its most raw state. Instead, you instil a respect and appreciation of what you are eating.

Does it work? Well, three or four kids from each year all trotted up to the stage and tasted this rare cooked game. The following week I had other parents asking about cooking partridge because they’d had requests for tea!  The Head Teacher, who had never tasted partridge is now hooked and I had one perfect description that compared the naturally sweet flavour to apples.  Will you believe me when I say resoundingly, YES, it works?

We’re lucky enough in Moncrieff to have our own veg patch. Tucked away in between houses, you’d never know it was there.  Unfortunately, our tatties are no better than anyone elses this year. Two classes of primary fours scrambled around to find no more than marble-like potatoes. Back in the kitchen we went for wedges (mini!) and homemade dips.  They may have been small but they still tasted bloody good.

I’m chatting to Letham primary school right now about rolling out a similar scheme.  Like I said – it just works. It opens kids eyes to what lies behind food and instead of banging on at them about nutrition, which they find boring, it lets them build a healthy, inquisitive approach to their food. I for one, am all for that! In fact they inspired me – our lunch time and pre theatre menus all that week were game inspired!