THE ONLY TIME I’VE DREADED SOUP! 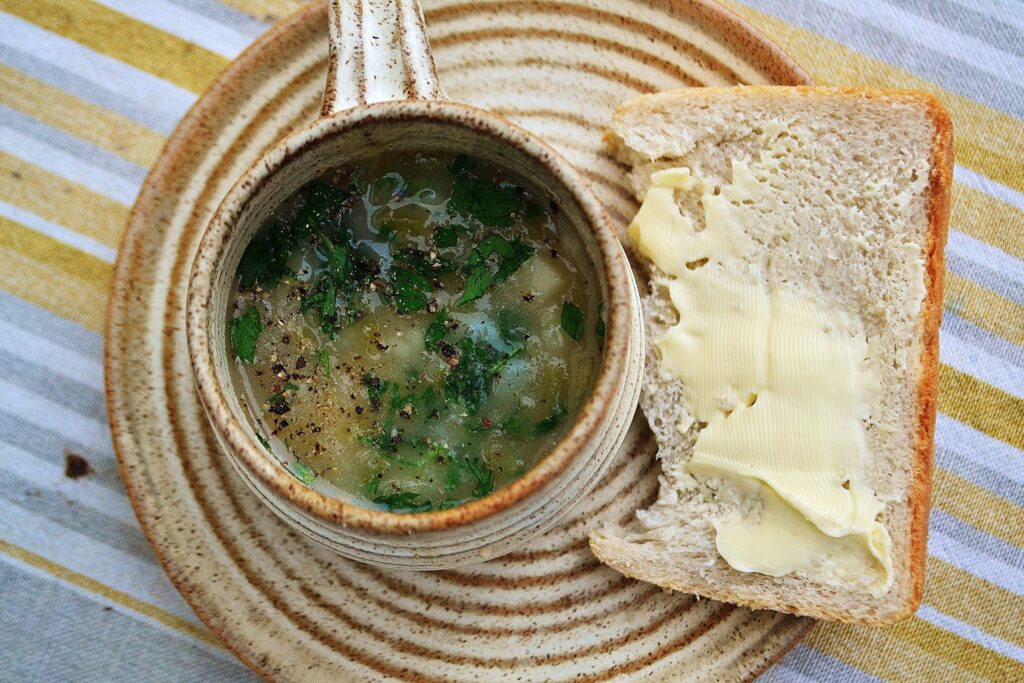 What a great week! It started with a bit of trepidation and ended up with one of the best foodie experiences I’ve ever had.  I was invited by Wendy McComb to come along and help launch a new initiative in Coupar Angus called SOUPATHON. Nothing wrong there then. Until I discovered she wanted me to run a soup making demo …. in the town hall…. for local people!

Now when you look out and see rows of faces a lot older and wiser than your own, and you realise that they’ve spilled more soup that you’ve made, it’s pretty daunting stuff.  I’m from Coupar Angus – I saw my friend’s mums, women who had fed me soup as a wee boy! Deep breath….

Before I tell you about my Tattie and Leek Soup let me tell you about this simple, brilliant initiative.  Soupathon aims to teach people how to cook simply, cheaply and tastily. It’s also about raising a community spirit that many of us probably consider long since gone.  Coupar Angus is a great community, full of great people  but like a lot of other wee towns, people get busy.

Bags of ingredients for soup were handed out – some were being sold for £1 each. What can you buy for a £1 these days? You’d be lucky to get a sweetie.  People were encouraged to help each other, teach those that didn’t know or hand soup into an elderly neighbour who may not be as able.  In certain areas, soup is served up for free and the classes – that I launched – are being run throughout.

So how did this chef go? I’d I’ve been happy escaping without a lynching but as an added bonus it was a hit!  We did the three ingredients favourite…  tattie and leek! Tatties, Leek, Onions and just a wee squeeze of lemon.  For me it’s in the method. This is what releases the flavour of good, fresh ingredients.  And my toughest audience yet agreed. Phew…

My kids each bought a bag of soup ingredients and we went home and they made Pepper Soup for their Dad. I’m often asked what I cook at home – same as most keen cooks really! We eat fresh and varied and its always homecooked. But I have no aversion to pizza nights and the occasional curry! My kids like their food, its part of our life but I’m not knocking out 2 rosette food for the family!

This great initiative proves that if we stick to the basic principles of simple, local and honest then often we come up with the best meals, the best way to break bread with your family and lets face it, the easiest way to say “Come and join us for a wee spot of lunch” to your old neighbour or new friend.